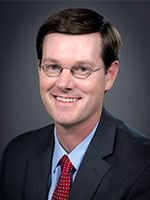 Matt has been with HCA for 14 years. He most recently served as chief operating officer at HCA’s Clear Lake Regional Medical Center, a 531-bed, Level 2 Trauma hospital in Houston, Texas. Prior to Clear Lake, Matt served in various administrative roles throughout Virginia at LewisGale Hospital Montgomery, in Blacksburg; LewisGale Alleghany, in Covington; and Henrico Doctors’ Hospital, in Richmond. Matt received a Bachelor of Science in Health Services Administration from James Madison University and his Master’s in Health Administration from Virginia Commonwealth University.

In his role as CEO for StoneSprings Hospital Center, Matt provides leadership for the overall operation of the hospital including establishing the goals and vision to develop an organization that leads to ongoing excellence and effective business growth. He is also responsible for recruiting and retaining high caliber staff and physicians, and establishing external partnerships to build a better community in Loudoun County and the surrounding areas. 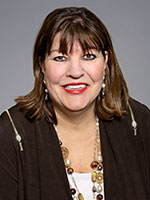 Amy Paratore is the Chief Nursing Officer for HCA StoneSprings Hospital and has been in the role since February 2017. Prior to this, Amy was the Assistant CNO at HCA Reston Hospital for one year and was instrumental in the startup of their Level 2 trauma center. Amy's focus at StoneSprings has been on achieving high patient experience and staff engagement, as well as provision of quality nursing care as she works with her leadership team to collaborate with physicians to grow programs in this rare opportunity to open a new hospital.

Amy has served on many community boards and task forces, including President of Florida Emergency Nurses Association and appointment to the Florida EMS Advisory Council. She is the author of six published articles, and has been a speaker at several national conferences, with emphasis in specialty areas of Disaster Preparedness, Surge Capacity, Program Development, and Process Improvement in ED and hospital throughput.

Amy received her Bachelor of Science in Nursing from Georgetown University and her MBA from the University of Portland. She was one of the first to attain NE-BC Nurse Executive Certification from ANCC in 2001. 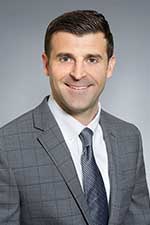 Serving as Assistant Chief Financial Officer, Matt King brings 6 years of healthcare finance experience. Matt has been a part of HCA since 2016 when he began his career with Internal Audit as an Audit Manager and was promoted to Senior Audit Manager one year later. Prior to joining HCA, Matt worked as a Senior Financial Analyst with Baxalta Incorporated. Matt is a Certified Public Accountant and he earned his Bachelors of Science in Accounting and Finance from Indiana University. 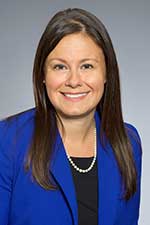 Heather is a native Virginian, originally from the Richmond area. When she is not working, she enjoys spending time with her family and friends, including vacationing at the beach. 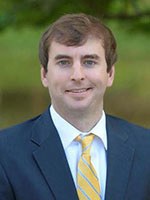 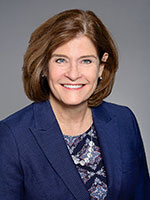 Maureen Robertson, MA, RHIA, CPHQ brings over 25 years of Quality and Performance Improvement experience to StoneSprings. She most recently served as Director of Quality at Inova Alexandria Hospital where she lead a reduction in hospital acquired conditions and overall hospital mortality while helping to implement TeamSTEPPS and Just Culture initiatives. Maureen has also held leadership positions at Children’s National Medical Center in Washington, D.C. and Chesapeake Regional Medical Center in Chesapeake, Virginia.

Maureen holds a Master’s of Arts degree in Management/Health Care Management Concentration from Webster University in Kansas City and a Bachelor’s of Science in Health Information Management from College of St. Mary in Omaha, Nebraska. She also brings several certifications to her new role including certification as a Six Sigma Black Belt, Lean Master TeamSTEPPS Trainer and she holds the title of Certified Professional in Healthcare Quality (CPHQ) by the National Association of Healthcare Quality.